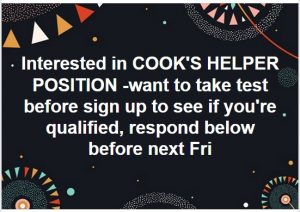 Schedule for next week in Housekeeping and Food Service. You can also log into your uwin account to check the schedules for the summer.

Sick line for Food services is, someone please post the numbers for me…

The University of Windsor is contracting out janitorial duties at six of its buildings, says the union that represents the hourly employees who do the work.

John Coleman, the school’s director of public affairs and communications said no one would lose their jobs as a result of the decision.

“The (janitors) are going to be involved in other areas of campus,” Coleman said. “It’s going back to the budget and the demand for custodial services. The university is looking towards enhancing services for all students and staff.”

Jeff Martin, the president of CUPE Local 1001, said he was told the university’s decision was the result of absenteeism from some employees, but Coleman said he wasn’t aware of that.

More at the link below

On Tuesday, April 21, 2015, CUPE 1001 held it’s general, biannual elections. Thank you to outgoing President, Trina Durham for doing a wonderful job as president during your tenure. The following is a list of members that were elected or re-elected. Some positions remain vacant and will be filled at a later date. A vacancy had recently opened up on the Wellness Committee and was filled after elections took place.

Grounds Dept.: To be decided

FT Custodial Days: To be decided

Housekeeping Full Time: To be decided

3 Year Union Trustee: To be decided

A vacancy had recently opened up for a OUWCC representative/contact for CUPE 1001. Sean Pinnegar has been appointed as the representative for local 1001. The following is what the OUWCC rep does and the goals of the OUWCC

Most work directly for the province’s universities, although some work for contractors on campuses.
OUWCC coordinates university bargaining and province-wide political action on university issues, and facilitates information-sharing between locals. We host an annual spring conference, where we democratically determine our action plan.

_______________________________________________________
Following election and run-off election in the June 17th GMM, the office of president of Local 1001 is now sister Satrina Durham, with DJ Strand taking her place as Recording Secretary. Congratulations to both and thanks to all those who stood.
President of Local 1001, Karen Kehoe, has submitted her resignation from the office of president effective June 17, 2014. As a result, the June 2014 General Membership Meeting will include an election for the office of President. Please make every effort to attend. The meeting will occur in Winclaire “A” (2nd floor), Vanier Hall at 4:00 p.m. If you intend to run for position/s but are unable to attend, you may submit a letter stating your intention to accept nomination and oath of office by proxy. No one may vote by proxy: you must be in attendance to vote.
Eligibility for the office of President is in accordance with the Local’s by-laws: you must have attended 50% of regular general meetings held in the past twelve months. Given that we have held nine meetings in that period, membership attendance sheets (available at the meeting) will reflect a percentage of nine, not twelve.
————————–
As was proposed and accepted by the membership at the November 2013 meeting, the By-Law Committee will post those notices of motion that are submitted at each General Membership meeting here and on our union boards for members to become familiar with prior to their discussion and vote at the next meeting (as per our Local’s by-laws and the CUPE Constitution). Any amended by-laws do not come into affect until such time as they have received approval from the National President.
The proposed By-law amendments have been made with the assistance of the last updated version of CUPE National’s “Model By-Laws” booklet (2010). Many of the proposed amendments will not be significant changes but are aimed at bringing the Local’s by-laws into compliance with the National’s Constitution and its expectations.